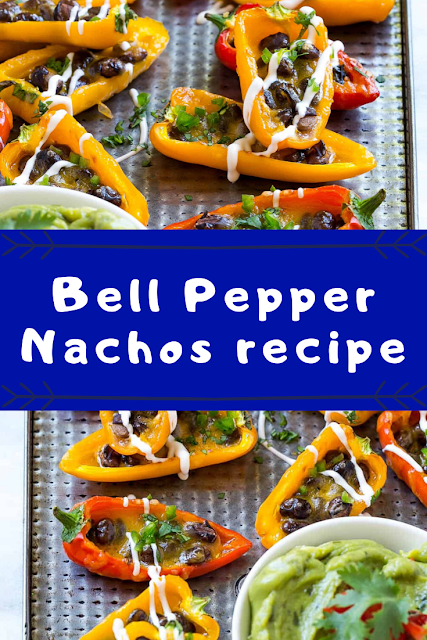 Mini bell pepper halves topped with black beans and melted cheese then drizzled with sour cream and finished off with jalapeno and cilantro. Serve with guacamole for dipping.

Please keep in mind that the nutritional information is calculated using a nutrition facts calculator. It is a rough estimate and can vary greatly based on products used.
Facebook Twitter